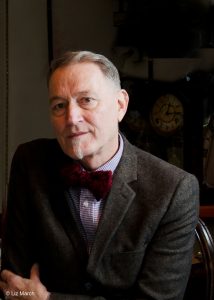 We were deeply saddened this week by the death of Peter Wells, the first writer to live and work in the Randell Cottage as the CNZ fellow. Peter was a filmmaker, a novelist, a biographer, an historian. He was instrumental in the establishment of two literary festivals. He wrote, and lived, with extraordinary elegance, grace, and humanity. His most recent work, “Hello Darkness”, released just last week, is his diary as a Stage IV cancer patient, first published on his Facebook page and then as a series of essays on The Spinoff.

The many moving tributes to Peter as an artist and a friend, such as these from Jeremy Hansen and David Herkt give a sense of his contribution to New Zealand film and letters, and to the lives of LGBTQI New Zealanders.