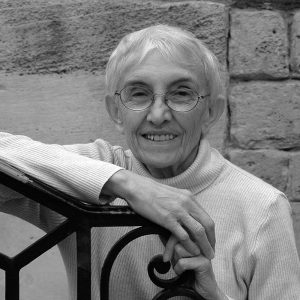 Annie Saumont has been writing short stories for twenty years and with 200 to her name, she is considered as a reference for short story writers. She has received a number of prizes including the coveted Prix Goncourt and the Grand Prix de l’Académie Française (for her entire body of work).

Her short stories find their origins in simple facts, combined to create an everyday universe for her very human characters where cause and effect are played out. Her characters are often damaged, unassuming, frail anti-heroes deprived of a future after committing inadmissible errors.

Greatly appreciated by a wide-range of readers, particularly (but not only) teenagers, with whom she instills a desire to read, Annie Saumont is also a well-known personality in the education sector, where she often gives talks about her work and her creative process. Two books are even aimed more at schools than the general public.

She is also a specialist in English-language literature and a translator, having translated works by John Fowles, VS Naipaul and JD Salinger to name but a few.

The Resource Centre at the Alliance Française in Wellington carries a selection of her work.