Historic Randell Cottage in Thorndon, which hosts a French-NZ writers’ residency turning ten next year, is in the midst of its summer changeover with writers leaving and arriving, and applications closing for next year’s NZ writer.

The NZ writer in residence Peter Walker is packing up to leave on November 1 just three days before applications close for the NZ writer for 2012, and three
weeks before the annual Open Day on November 19 when Wellingtonians are invited to look over the 1867 Thorndon cottage. Shortly after that, the French writer in residence arrives to begin her six months at the cottage. She is
Florence Cadier who writes for children and young adults.

Co-ordinator of the applications for the 2012 Creative NZ Randell Cottage Writer in Residence is writer Maggie Rainey-Smith. She says she’s accepting NZ writer submissions until midnight on Friday, November 4, ‘Last year there were a number of last-minute applications encouraged by a flurry of tweeting. This year’s writer, Peter Walker, didn’t have time to send his by mail from London, so he gave it to a friend who was flying to NZ. His friend flew in and raced to the home of Randell Cottage trustee Fiona Kidman, handing it to her hours before the deadline!’

Rainey-Smith says the residency dates have changed slightly, so that from next year the NZ writer will start later in the year in July, finishing up in December, and the French Writer won’t arrive until the end of the following January, leaving in June. She says application forms can be downloaded off the website www.randellcottage.co.nz, or email her at info@www.randellcottage.co.nz

The Randell Cottage Open Day is on Saturday, November 19, 11-4 pm, at 14 St Mary Street, Thorndon, and the Randell trustees are encouraging Wellingtonians to come and view the historic cottage, and to find out more about the writer residency which was set up in 2001 but selected its first writer – New Zealander Peter Wells – in 2002. Working with the French Government, the Randell Cottage Writers Trust has hosted 19 writers from New Zealand and France for six-monthly stints, and is about to welcome its 20th.

Trust Chair David Underwood says, ‘We could always do with more support especially with our tenth birthday coming up. People can join the active Randell Cottage Friends group which helps look after the writers and keep the cottage running. Details are on our website.’

Peter Walker – who works as a journalist in London – says he has made good use of his six months in Randell Cottage completing a draft of his second novel. He says being able to live and work in the cottage, as well as the $20,000 stipend, has paid dividends for his writing as well as allowing him to catch up with friends and family and get to know Wellington again. Walker’s previous books are: the non-fiction The Fox Boy and a novel, The Couriers Tale, both published by Bloomsbury. 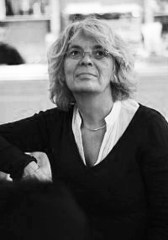 The incoming French writer in residence, Florence Cadier, is also a journalist by profession. Many of her books have been translated including Ils divorcent (They are getting divorced) and Dessine avec Mila (Drawing with Mila). She was awarded a number of prizes, including the town of Poitiers’ historic novel award and the Literary Al Terre Ado prize, for Le rêve de Sam (Sam’s Dream). Her most recent novel is L’été des amours (Summer of loves), published in March 2011.

During her six-month stay in Wellington, Florence will lecture, attend conferences and taking writing workshops at Alliances Françaises, universities and schools. Finally, in conjunction with the Tjibaou Centre in Noumea, Florence Cadier, will tour New Caledonia.