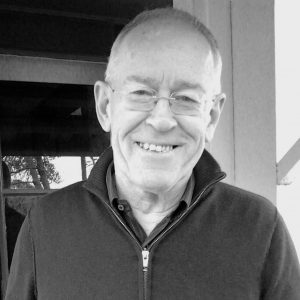 Denis Welch is a poet, novelist, journalist, editor, media commentator, columnist and biographer. The Wellingtonian has also been described as a ‘serial maker of puns’.

His project, while resident at Randell Cottage, is a biography of former New Zealand Prime Minister Norman Kirk. Denis says he is enjoying the cottage’s proximity to parliament and to the National and Turnbull libraries. Denis has stood twice for Parliament for both the Values and Green Parties, and has published a biography of Helen Clark, Helen Clark – A Political Life (Penguin), and a novel.

Denis says the six-month residency is a huge boost for him and for the book he’s working on, giving him time and space to focus on the writing. A former deputy editor for the New Zealand Listener, he is also a bulletin editor and media commentator for Radio NZ National.