Posted on September 9, 2015 by Randell Cottage 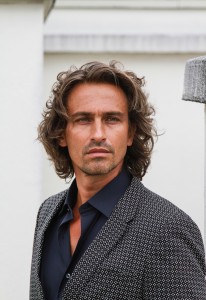 Nicolas Fargues is a renowned French author who has published ten books, including J’étais derrière toi – I was Behind You (Pushkin Press, London) – which has been translated into fifteen different languages.

Nicolas was born in 1972 in the Paris region and spent his childhood between Cameroon, Lebanon and Corsica. He studied modern French literature at La Sorbonne University and completed his master’s thesis on the life and work of Egyptian author Georges Henein. Nicholas’ first novel Le Tour du propriétaire was published in 2000. He has spent the last few years between Indonesia, Paris, Yaoundé and Madagascar.

Nicolas was nominated on the 3rd of September of this year for the prestigious Goncourt Prize for his latest book Au pays du p’tit (In the land of the lil’).

The author will arrive in Wellington in January 2016 to enjoy a
five-month residency. While in New Zealand, he will work on a new novel and will tour the country to give a series of talks and readings.

Cultural counsellor at the French Embassy, Mr Raynald Belay shares his enthusiasm at introducing Nicolas to the New Zealand audience: “Nicolas Fargues is an up-and-coming successful writer in the French literature circle, as testified by his recent nomination for the Goncourt Prize. His writing is honest and poignant, with a hint of ferocious irony. He likes to draw inspiration from his own experiences and I know that his stay in New Zealand will provide him with a source of new ventures to explore in writing.”

For its part, the Randell Cottage Writers Trust looks forward to welcoming Nicolas Fargues to Wellington: “Nicolas Fargues is a prolific and well-regarded writer. It will be a privilege to have him as the Cottage’s French writer in residence in the first half of 2016,” Trust Chair Sarah Dennis said.

“Having spent much of his life living and working in other countries and cultures, Nicolas Fargues will find much in New Zealand’s landscape and history and in its Māori and Pacific cultures from which to draw inspiration.”

“I know that the New Zealand French speaking and literary communities will be keen to hear from Nicolas. The Trust and Friends of the Randell Cottage look forward to supporting his public programme,” Sarah Dennis said.