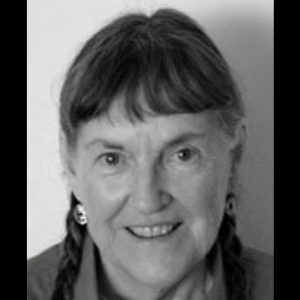 As it is for many women writers, writing fiction was a life-long goal which was realised later rather than sooner. Her novels take as their theme the re-writing of established power structures, particularly those of the patriarchy. Born into what she describes as “a socialist working class family” in Auckland, Fletcher graduated in 1979 from Waikato University with a Masters Degree in Sociology.

Living in New Zealand, Australia, England and the USA, she worked in a range of roles, including as a mother, a school dental nurse, and a University lecturer. Her writing career began with a bang when her first novel The Word Burners (1991) won the Commonwealth Writers Prize for Best First Book in the Asia / Pacific region. It was selected as one of the top twenty in the 1991 Listener Women’s Book Festival. Shortly after the publication of her second novel, The Iron Mouth (1994), Fletcher was chosen to represent New Zealand at the prestigious International Writing Program at the University of Iowa, USA. She now holds the title of Honorary Fellow in Writing at the University. Her third novel, The Silicon Tongue (1996) has been translated into Korean. Her fourth novel, The Bloodwood Clan (1999) is set inside an Amish-like cult called The Diggers, who live a 19th Century lifestyle in contemporary rural Australia. Both of these books have been translated into German and are published by Random House in Germany.

While primarily a novelist, Fletcher has published a number of short stories in anthologies including New Australian Writing (1973); New Women’s Fiction 3 (1989); Subversive Acts (1991); and Me and Marilyn Monroe (1993).

In 1999, as Writer in Residence at Waikato University, Fletcher began work on her first non-fiction book, a memoir written in narrative form. Published in 2003, The House at Karamu is a funny and touching memoir in which Fletcher recalls her wartime childhood, her discovery of opera, feminism and more. It tells the story of one life, yet will be familiar to many.

In 2005, Fletcher was chosen to attend Ledig House International Writers’ Residency in upstate New York. Established in 1992, Ledig house has hosted hundreds of writers and translators from over 50 countries. In 2006, Fletcher was awarded the Randell Cottage Writers Residency in Wellington. She is currently writing a collection of short stories and a novella.