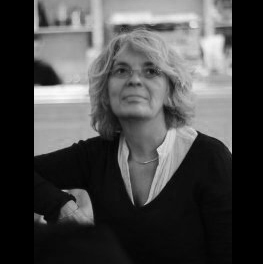 Florence Cadier was born in 1956 and is a journalist by profession. In 1995, inspired by her two children Bastien and Valentine, she began to write children’s stories and young adult novels. Many of her books have been translated including Qui est Laurette? (Who is Laurette?), Les miens aussi (Mine too), Ils divorcent (They are getting divorced), 24 histories pour attendre Noël (24 stories for the lead-up to Christmas) and Dessine avec Mila (Drawing with Mila). She was awarded a number of prizes, including the town of Poitiers’ historic novel award and the Literary Al Terre Ado prize, for Le rêve de Sam (Sam’s Dream). Her most recent novel is L’été des amours (Summer of loves), published in March 2011 by Oslo.

Florence has already taken part in several writers’ residencies both in France and abroad: In the Val de Nièvre, Tunisia and Bulgaria, and this year she studied screenplay adaptation in Paris. Florence is also an anthologist and a publisher, and holds writing workshops for children: “I find this work very invigorating. The young people really give it their all and their writing is of a high standard.” Apart from writing while she is at Randell Cottage, Florence will also lecture, attend conferences and take writing workshops at Alliances Françaises, universities and schools. Finally, in conjunction with the Tjibaou Centre in Noumea, Florence Cadier will tour New Caledonia.