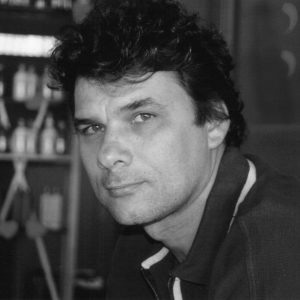 Nicolas Kurtovitch was born in Noumea in 1955. His mother’s side of the family first settled in New Caledonia in 1843. He also has Yugoslavian origins, through his father, who left Sarajevo in 1945. After completing his schooling in New Caledonia, Nicolas travelled to New Zealand and Australia, eager to experience and absorb the diversity of the South Pacific. He then completed further study in France (Aix-en-Provence, 1977-1980), obtaining a degree in Geography before returning to New Caledonia where he took up a teaching position at Lifou.

He later went on to teach at Do Kamo College in Noumea, a protestant school that works hard to create opportunities for young Melanesians. Nicolas is now the principal of this school.

In addition to his own works, Nicolas contributes to the development of New Caledonian literature by writing for various literary reviews and via his role as President of the Association of New Caledonian Writers. He took part in the Waka Conference on Pacific identities which was held in Wellington in August 2000, and is also a member of the Société des Gens de Lettre de France. In 2002, Nicolas was awarded the Prix du Salon du Livre Insulaire de Ouessant (poetry section) for Le Piéton du Dharma.

Nicolas Kurtovitch is one of the most famous figures of New Caledonia’s contemporary literary landscape. His writing has often been described as hybrid, the intersecting of two cultures, in the same way that Maori and Pakeha meet in New Zealand literature.

In his time in Wellington, Kurtovitch devoted his time to writing, he met with university and Alliance Française students in Wellington, Auckland and Christchurch for conferences and public readings.