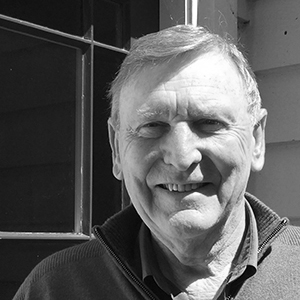 Timaru-based writer Owen Marshall has published or edited almost thirty books, including novels, short stories and poetry including Living as a Moon, Watch of Gryphons, Carnival Sky, The Larnachs and Drybread. His 1999 novel Harlequin Rex won the 2000 Deutz Medal for Fiction at the Montana Book Awards. He has held fellowships at the universities of Canterbury and Otago and in Menton, France. Marshall is an adjunct professor at the University of Canterbury, which awarded him the honorary degree of Doctor of Letters in 2002. In 2000, he became an Officer of the New Zealand Order of Merit for services to literature and in 2012, a Companion of the New Zealand Order of Merit. In 2013 Marshall was awarded the Prime Minister’s Award for Literary Achievement in fiction.

Marshall used his residency to complete a contemporary novel concerning a love affair between a mature couple, one a widower, the other married, in which he will explore the power of such emotional attachments and their sometimes irrational and damaging consequences.