Posted on December 7, 2018 by Randell Cottage 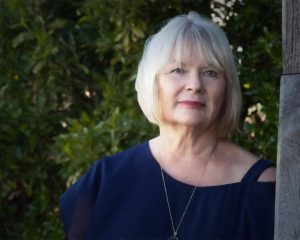 Dunedin-based writer Paddy Richardson is to be the 2019 Creative New Zealand Randell Cottage Writing Fellow. Richardson has published seven novels and two short story collections. Her Randell project, The Green of Spring is the sequel to her 2017 novel Through the Lonesome Dark. Set in WWI New Zealand, it tells the story of young mining activist Otto Bader who is arrested as an ‘enemy alien’ and incarcerated on Somes Island along with others of Austrian and German origins.

Selection panel convener Stephen Stratford says “Many of us wanted to know what happened next for the characters in Through the Lonesome Dark, longlisted for the 2019 Dublin Literary Award, which is right up there with the Booker. For the sequel, Paddy will be able to research the Turnbull Library’s holding of letters and diaries of Somes Island inmates. A perfect synchronicity of project and residency.”

Richardson says she is delighted to be the 2019 resident and is looking forward to her six months in the capital.

The Randell Cottage Writers Trust was established in 2002.  The restored Category II historic building, gifted to the Trust by the Price family, hosts two writers a year; one from New Zealand and the other from France. It is currently home to Christchurch writer James Norcliffe. The 2019 French resident, novelist and dramatist Karin Serres arrives in Wellington in late January 2019.