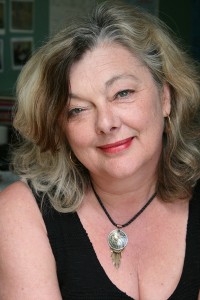 Auckland writer Stephanie Johnson is to be the 2016 Creative New Zealand Randell Cottage Writer in Residence. Johnson is the author of several collections of poetry and of short stories, of plays and adaptations, but is best known for her novels. These include Crimes of Neglect (1992), The Heart’s Wild Surf (1996), The Shag Incident (2002), Music from a Distant Room (2004), The Open World(2012), and The Writing Class(2013) and its sequel The Writers Festival (2015). She is a past winner of the Deutz Medal for Fiction (2003), has been shortlisted for New Zealand literary awards and longlisted internationally.

Johnson has held the Katherine Mansfield Fellowship (2000) and in 2001 was Literary Fellow at Auckland University. She has taught creative writing and English at the University of Auckland and Unitec. For the past two years, she’s been a teaching fellow in history at the University of Waikato. She was co-founder and creative director (with Peters Wells) of the Auckland Writers and Readers Festival.

Selection panel convener Vincent O’Sullivan says this is “an exciting and original project in a much neglected area. It’s a highly topical project that Stephanie, with her own experience of living and writing in both countries, is uniquely qualified for.

Johnson says she is delighted to be the 2016 resident and is looking forward to her six months in the capital. While at the Randell Cottage she will take advantage of the National Archives and Library to research for her book ‘West Island’. ‘The seclusion of the residence will encourage concentrated work, not only on the non-fiction project but also on a novel ‘The Writers’ Retreat’, the third in my trilogy begun with ‘The Writing Class’. I haven’t lived in Wellington for any length of time since I was eighteen and I am very much looking forward to becoming more familiar with the city.’

The Randell Cottage Writers Trust was established in 2002. The restored B-category historic, gifted to the Trust by the Price family, building hosts two writers a year; one from New Zealand and the other from France. It is currently home to Owen Marshall who has shared this year’s fellowship with Witi Ihimaera. The 2016 French resident, novelist Nicolas Fargues arrives in Wellington in January 2016.