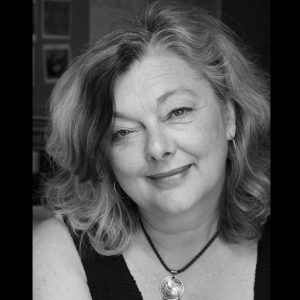 Stephanie Johnson is the author of several collections of poetry and of short stories, of plays and adaptations, but is best known for her novels. These include Crimes of Neglect (1992), The Heart’s Wild Surf (1996), The Shag Incident (2002), Music from a Distant Room (2004), The Open World(2012), and The Writing Class(2013) and its sequel The Writers Festival (2015). She is a past winner of the Deutz Medal for Fiction (2003), has been shortlisted for New Zealand literary awards and longlisted internationally.

Johnson has held the Katherine Mansfield Fellowship (2000) and in 2001 was Literary Fellow at Auckland University. She has taught creative writing and English at the University of Auckland and Unitec. For the past two years, she’s been a teaching fellow in history at the University of Waikato. She was co-founder and creative director (with Peters Wells) of the Auckland Writers and Readers Festival.

Stephanie used her time at the Cottage to produce a non-fiction work, West Island: ‘Five Twenthieth Century New Zealanders in Australia’ to be published by Otago University Press in 2019. She also took some time to work on a novel, ‘Jarulan by the River’, an experiment in writing commercial fiction published pseudonymously in 2017.