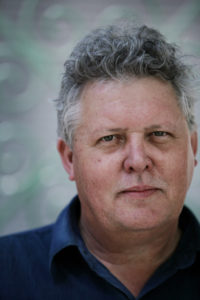 Perth-based writer Stephen Daisley is to be the 2017 Creative New Zealand Randell Cottage Writing Fellow. Daisley hit New Zealand headlines last year, when his second novel, Coming Rain, took out the inaugural Acorn Foundation Fiction Prize at the New Zealand Book Awards. Although an unknown quantity in his homeland, Daisley has won or been short- and long-listed for major Australian literary awards, including the Prime Minister’s Literary Award for Fiction for his first novel, Traitor, the 2016 Miles Franklin Award and the 2011 Commonwealth Writers prize for best first book.

Selection panel convener Vincent O’Sullivan says “Stephen Daisley’s selection for 2017 continues the tradition of appointing the finest New Zealand writers for this much sought-after Wellington residency. And now, the bonus of a writer recognized by the highest awards in both New Zealand and Australia, having the chance to return to his own country to work on a novel intimately related to experiences in Asia, as well as in specific events and locations back home.

Daisley says he is delighted to be the 2017 resident and is looking forward to his six months in the capital. “Being at the Randell Cottage will be a tremendous boost to this work. On a practical level, there’s the access to Te Papa, the Turnbull Library and National Archives and the Whanganui district and awa. But just as importantly, there’s the sense of being at home.”

The Randell Cottage Writers Trust was established in 2002. The restored B-category historic, gifted to the Trust by the Price family, building hosts two writers a year; one from New Zealand and the other from France. It is currently home to Stephanie Johnson. The 2017 French resident, novelist and advocate Josef Schovanec arrives in Wellington in January 2017.