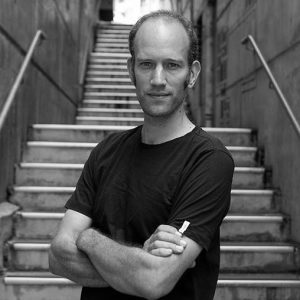 Tim Corballis (1971 -) is a fiction writer whose first novel Below was published in 2001. His fiction has also appeared in Sport, The Picnic Virgin, and Spectacular Babies. He has attended both the University of Auckland and Victoria University of Wellington. It was at Victoria University that Corballis completed Bill Manhire’s Creative Writing Program, (now The International Institute of Modern Letters). At the end of the course, and before the publication of Below Corballis won the Adam Award for his first novel Measurement.

Corballis describes his work in Below and in more recent projects as “a sort of landscape writing which moves beyond issues of national identity and into issues of personal identity.”

His novel Measurement was published in 2002. This work has been described as “a moving meditation on the intricate relationship between life and memory.”