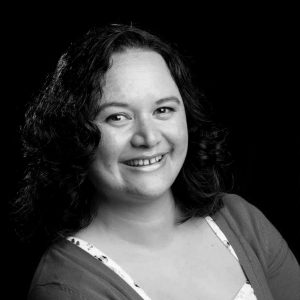 is a founding member of Writers Block. Since 2001, Writers Block has been encouraging new writers in theatre particularly those from Maori and Pacific Island descent. In 2002, Hereaka was accepted into the International Institute of Modern Letters, studying toward an MA in Creative writing (Scriptwriting) under the guidance of Ken Duncum. Her thesis, a play called Both Speak I; achieved an MA with Merit. Hereaka’s play Fallow, written as a part of Writers Block, was developed during a workshop in 2002.

In 2003, the Young and Hungry Trust commissioned Hereaka to write a script for their 2005 season. Collective Agreement was developed over 2004 and was produced in 2005.

Also produced in 2005, Fallow by Tawata productions. After a short, but well received season, Hereaka would like to develop the script further and hopes another run will be produced in the near future.

Hereaka has also written for radio. She has written two episodes of Radio New Zealand’s series Hui Hopping. The Best Bet aired in 2004; and At the Movies aired in 2006.

Her first short film script, Unclaimed Luggage, won the Best Short Film Screenplay award in the E Tuhi! Get Writing awards 2005. It will be produced by Kiwa productions.