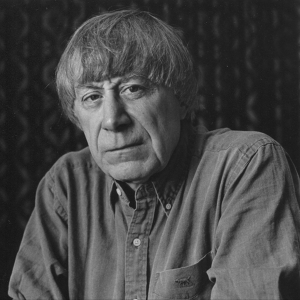 Michael Harlow (1937- ) was born in the USA of a Greek father and American-Ukrainian mother, travelled extensively in Europe before arriving in New Zealand in 1968. Known primarily for his poetry, which appears in several New Zealand anthologies, he was also in the 1980s an editor of the Caxton Press poetry series and poetry editor of Landfall. Harlow’s sensibility is also identified by a whimsical, questioning persona, and a persistent engagement with the workings of the unconscious.

Of his time at the Cottage Michael wrote “there is the very considerable benefit that this residency, linked as it is to the French cultural initiative (the ‘French connection’, if I may), adds significantly to raising the consciousness and profile of a national literature to that of an international level. Personally and professionally, I found the partnership with the French both gratifying and helpful.”

Michael went on to say “my own projects: the residency enabled me to almost complete a draft of a new book of poems and short prose texts, Inventing the Real; and in between-times to do some research and preliminary drafting for a further book, commissioned by Electio Press, a special hand-printed, limited edition of translations from the Greek lyric poet Simonides of Keos (5th century B.C.).