Lynn Davidson is a poet and novelist. Davidson’s most recent publication is the poetry collection Islander. She won the Poetry New Zealand’s 2020 poetry Award and holds a PhD in Creative Writing from Massey University. Davidson will be using her time at Randell Cottage to write a memoir of her move to Scotland in 2016 and how, when prevented by Covid-19 from returning to New Zealand, she began exploring the life of her Great-Aunt Vida.

Michalia Arathimos has just returned from Australia, where she lived in Melbourne and other places. 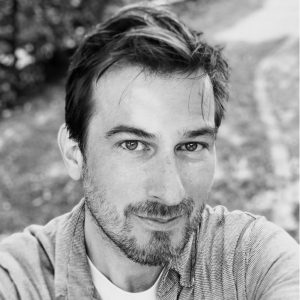 With a speech therapist mother and a photographer father, it was perhaps almost inevitable that writer and photographer Amaury da Cunha would grow up with a deep understanding of the power of words and images.

Born in Paris, Amaury da Cunha studied modern literature before pursuing photography at the École nationale supérieure de la photographie in Arles. He combines both interests in his work as a photo editor for Le Monde’s literary supplement, in his own writing and exhibitions, and in collaborative projects with other writers and photographers.

His first book, Saccades, a collection of images and texts, was published by Yellow Now. Après tout was released by Caillou Bleu in November 2012, which coincided with his first personal exhibition in Paris for Photography Month. 2015 saw the publication of two books: Fond de l’œil (Roergue), a collection of short texts (odes, meditations, love stories…) on photography; and Incidences (Filigranes), a second collection of images and texts. The autofiction Histoire souterraine (Rouergue) was published in 2017 and followed a year later by Demeure (H’artpon), a book of images accompanied by texts written by Sylvie Gracia.

His photography has been exhibited throughout France and in Belgium.

Amaury da Cunha’s Randell project is an exploration of the life of Minnie Dean, the late nineteenth century baby farmer who was convicted of infanticide and hanged.

Her Randell project, The Green of Spring is the sequel to her 2017 novel Through the Lonesome Dark. Set in WWI New Zealand, it tells the story of young mining activist Otto Bader who is arrested as an ‘enemy alien’ and incarcerated on Somes Island along with others of Austrian and German origins.

Karin Serres, the Randell Cottage’s 2019 French resident is a novelist, a playwright, for stage and radio, and a translator. She trained as a scenographer and her work with staging and performance turned her to writing. She has written over 80 plays for radio and stage, winning national awards for that work, and has also written children’s picture books and young adult fiction.

Her first novel for adults, Monde sans oiseaux (a world without birds) was published in 2013 and in 2015, she was awarded a French national honour – Chevalier des artes et lettres – for her contribution to literature.

Karin’s Randell project is a sequel to her 2018 novel, Happa no ko le peuple de feuilles (Happa no ko the leaf people). She says that writing somewhere else, in an unknown place, is one of her favourite sources of creative energy, that her work thrives on new perspectives.

In this interview, recorded by the communications team of the Embassy of France in New Zealand at the mid-point of her residency, Karin talks about her work and her interest in New Zealand.

Photographer-turned-writer Amélie Lucas-Gary is the Randell Cottage’s French writer in residence for 2018. Born in 1982, in Arcachon in France’s South West, she studied at the Sorbonne, graduating with degrees win cinema and history, and photography at the National School of Photography in Arles.

With two novels published so far, most of her work is now literary. The first, Grotte (Cave), published in 2014, is narrated by the guardian of the Lascaux caves. Isolated on the top of a small hill, between the cave and its replica, the narrator spins a story in which reality and fantasy meld and intertwine.

2017 saw the release of Vierge (Virgin), which tells the journey of Emmanuelle who has become pregnant without ever having had sex. She travels across an imaginary France creating disorder and mass hysteria along the way.

Lucas-Gary creates contemporary myths with a poetic and metaphoric language, playing with time and space and inviting her readers to distance themselves from the present and reality.

She is regularly commissioned by visual artists to write poetic texts to accompany their work and will be working on one such project while in Wellington. Her priority though, is a novel, Hic (Here), which she describes as an archaeological work set in the Randell Cottage and travelling back through time, into the Cottage’s imagined past. Five stories will be connected by fragments the narrator finds on the Cottage’s site: a shard of willow patterned china, a fossil, a bone, a jade pendant…

Josef Schovanec is a writer, polyglot and activist for autistic people who has published four books including Voyages en Autistan – Travels in Autistan (Plon, Paris) and Je Suis à l’Est !, the first memoir by an autistic person to be released by a major French publisher. His Randell Cottage book project focusses on developing a fictional narrative based on the story of an autistic friend’s journeys and research in the Pacific.

Perth-based writer Stephen Daisley hit New Zealand headlines in 2016, when his second novel, Coming Rain, took out the inaugural Acorn Foundation Fiction Prize at the New Zealand Book Awards. Although at that stage an unknown quantity in his homeland, Daisley has won or been short- and long-listed for major Australian literary awards, including the Prime Minister’s Literary Award for Fiction for his first novel, Traitor, the 2016 Miles Franklin Award and the 2011 Commonwealth Writers prize for best first book.

Born in Raetehi, Daisley has worked as a shearer, musterer and bulldozer driver, and served as a soldier in the New Zealand Army, and always nursed a secret ambition to write. Unemployment in the mid-1980s prompted the move to Western Australia, where he went on to enrol as a mature student at Murdoch University, emerging with degrees in English literature and philosophy and a diploma in creative writing.

He’d been writing and submitting manuscripts to publishers since his 20s but had little success until Traitor in 2010. His work deals with violence and love, with the impact myths of masculinity have on men’s lives and the struggle to find beauty and love in a harsh world.

Daisley worked on two projects while at the Cottage. The first A Better Place Than This is to be published by Text Publishing. He describes it as a picaresque tale of a return home – from the mines of Australia to a New Zealand farm, and a meditation on the various forms love assumes in our lives.

The second project The Clearances is an historical novel set in 18th century Scotland, after the Battle of Culloden. 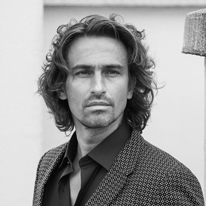 The 2016 French writer in residence is Nicolas Fargues, author of ten novels including J’étais derrière toi – I was Behind You (Pushkin Press, London) – which has been translated into fifteen different languages.  Fargues was born in 1972 in the Paris region and spent his childhood between Cameroon, Lebanon and Corsica. He studied modern French literature at La Sorbonne University and completed his master’s thesis on the life and work of Egyptian author Georges Henein. Fargues’ first novel Le Tour du propriétaire was published in 2000. He has worked in Indonesia, Paris, Yaoundé and Madagascar.

Nicolas is now based in Dunedin, where he is pursuing a doctorate in Francophone literature at the University of Otago.